This snow report has been created by snow-forecast.com 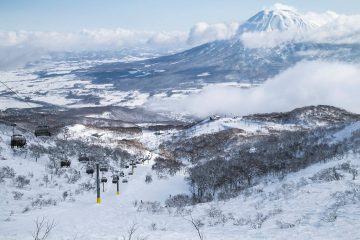 Last time round I was very hopeful that the snow taps would have been turned on from Christmas onwards and over New Year. Unfortunately, it pains me to say that those taps have yet to be turned on properly and when thinking about what to write about this time round, there was only ever one topic this time round. But before I continue, it is important to say upfront that there is good to be had - I have so far enjoyed quite a few days in some excellent quality snow. While many lower ski resorts are indeed struggling, snow cover is generally not a problem in higher areas even as they have less snow than usual. A few (admittedly

My Fiance', her sister and her three sons and I visited Bousquet Ski Area for the first time on 1-28-10. We heard they had $10 Thursday night skiing and snowboarding. We arrived and made 4 runs then went in to get a quick bite to eat. When we came out I found someone had stolen my brand new Burton Clash snowboard that was given to me by my fiance' for Christmas this year. We reported the theft to the front desk and explained that we had only taken 4 runs and that we had just spent almost $70 on food. I asked that they refund my lift ticket: ten dollars and they refused. At the same time there was a father and son (who was maybe six) who also just had his sons snowboard stolen. They did nothing for him either. Several people said that there are thefts there all the time, and that it is a constant problem there at Bousquet. The next day I called the owner, George, to explain the situation asking what options I had. He said I had NO options and that I should have checked my board in ski-check .(which I did not even know they had??) As I persued to explain that we were just asking for a lift ticket refund at the very least, George said, and I quote "I think your full of S**T, and I'm hanging up the phone now."
I have to say that after experiencing the lack of customer service and down right dis-respect, I will never return to that mountain...ever! If you still feel the need to visit this poorly run facility..BRING A LOCK!