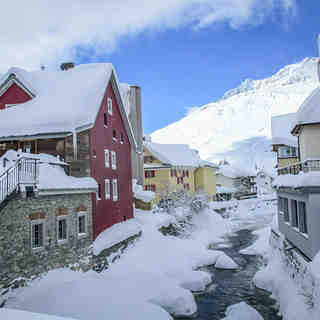 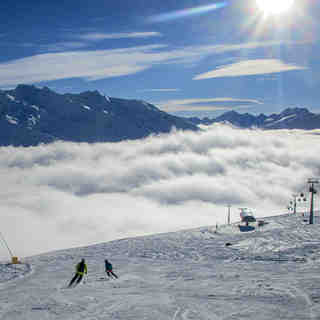 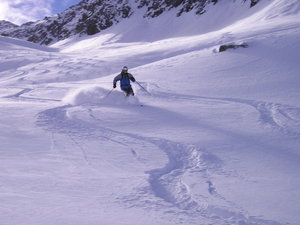 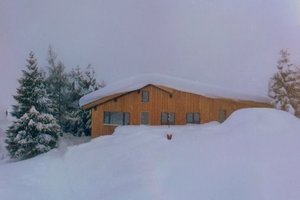 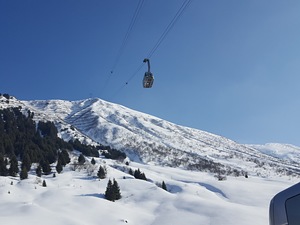 Andermatt is a really cool village. It is very authentic, with old and beautiful buildings. There are plenty of shops in Andermatt alongside the good skiing and snowboard rentals and restaurants. The hotels range from cheap to expensive. Andermatt ski area is fabulous. If you have touring skis, you can have a lot of fun out there. As we where there, the first two days it was snowing hard. We didn't have to go far for "fresh pow". If you go there, don't forget to go through the "Felsental" (rock valley) but only if there is a lot of snow. It's really cool. You'll get to another village, where you can have lunch. A taxi bus will bring you back. The piste skiing at Andermatt is also very nice, with long runs to the village. There is also a controlled unprepared (off-piste) area within the piste area. The top gondola is quite small, and you'll have to wait about half an hour sometimes. Make sure you also go to the two smaller areas (Andermatt is built up in three areas.) They sometimes provide better sunny conditions and they also offer very nice off-piste skiing.

A quirky place, friendly village and different to other resorts. In fact, perhaps Andermatt is better described as a developing village that happens to have some fantastic opportunities for off-piste skiing/boarding on the doorstep.
We didn't see a queue for any lift when we visited, it was the end of April though, and still we had some great conditions.
New developments like the Chedi and Raddisson concert hall show there is investment and an attempt to bring a wealthy clientele to the area. Time will tell. For now it still has a different kind of charm, and did I mention the awesome off-piste? 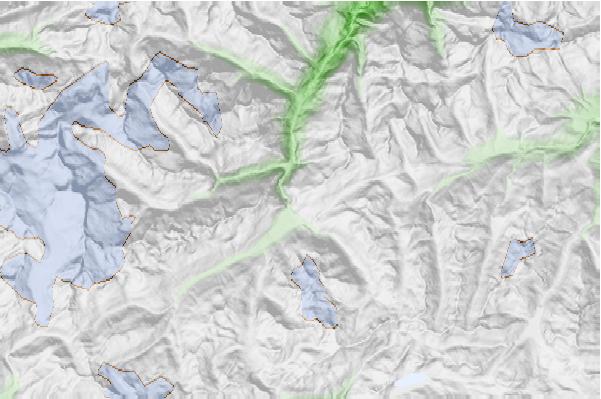