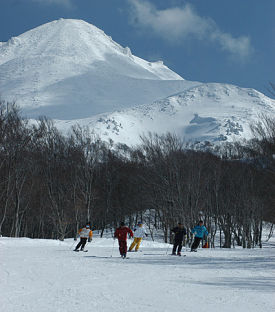 Aomori Spring (Ajigasawa), located in Aomori prefecture of Japan, is a small ski resort with just 5 ski lifts but it does boast a very impressive 525 metres (1723 feet) of vertical descent. Aomori Spring has 14 pistes and is best suited to beginner skiers and snowboarders but there is some terrain for both expert and intermediates. We have no information about the existence of any cross country ski trails here. For snowboarders, there are one or more half pipes. The nearest train station to Aomori Spring is at Hirosaki. 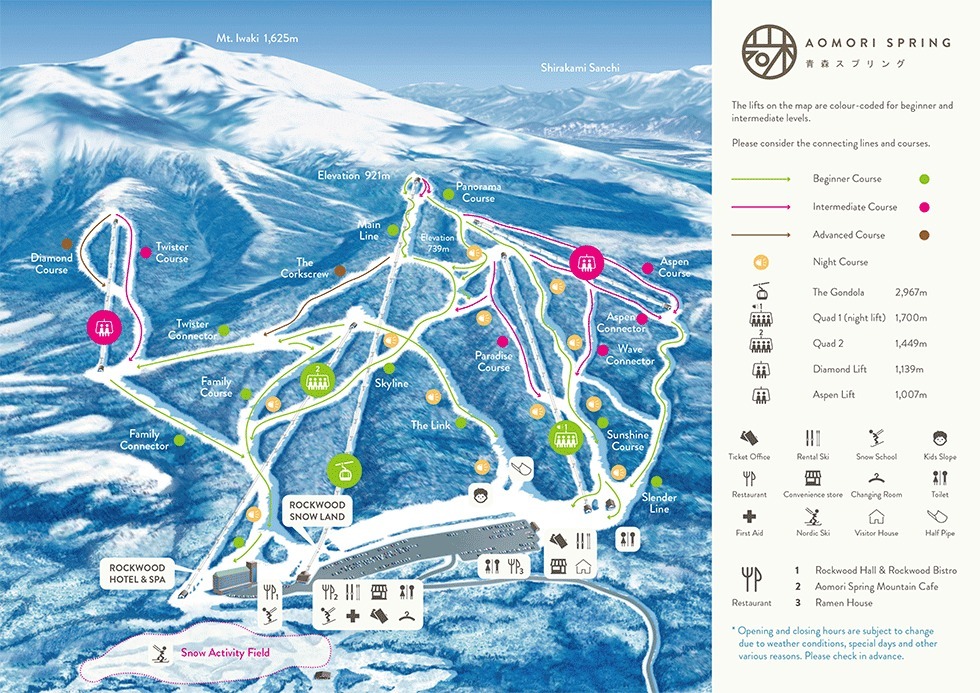 Aomori Spring has mostly mellow undulating, well-groomed terrain as well as extensive tree riding and a few steep pitches. The facilities are very good including five lifts (of which two are covered high speed quads and one gondola), extensive learning and kids’ facilities, a good range of dining options (from high end bistro to casual noodle bar) and world class freestyle features (including a 22ft halfpipe and a terrain park).

There is the option to stay on the mountain at the well-appointed Rockwood Spa Hotel. The hotel offers good value packages that include accommodation, breakfast, dinner and lift tickets. And the open-air Onsen is divine!

We came to Japan for the first time this season, in what is described as a ‘bad snow year’ but this resort has far exceeded our expectations. The base snow level may not be as high as usual but 1.4-1.6m is still decent and the quality of snow is exceptional. Snow is falling most days and the groomed trails are in pristine condition with plenty of untracked powder to be found off-piste.

This resort has a lot to offer families, as well as freestyle skiers and snowboarders, and anyone looking for good open carving terrain. 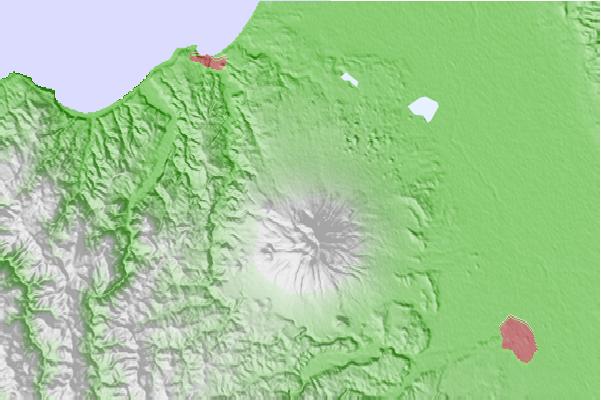